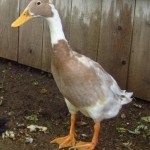 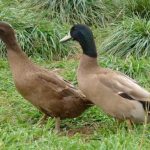 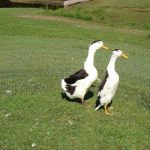 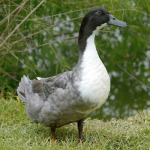 Blue Swedish – Blue Swedish Ducks are a medium sized duck that lay very well and have adequate meat. The front of the breast is pure white forming a distinctive heart shaped bib, which is about 4-5 inches wide at the base. 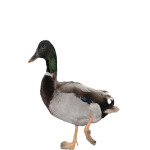 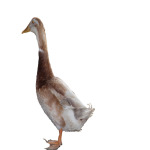 Buffs – Buff Ducks have an even shade of rich-buff plumage with the exception of the head and upper portion of the neck in drakes, which varies from rich fawn-buff to seal-brown. The ducklings have a distinctive ring of colors around the eyes, which helps to separate them from other ducklings. 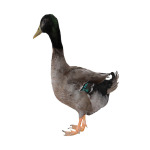 Rouen – Rouen Ducks, which belong to the Heavy Weight Duck Class, have beautiful, unique, attractive color patterns and are one of the most popular duck breeds for exhibition. Rouen’s are sometimes called “Big Mallards” or “non-flying Mallards” because both males and females have the same color patterns as Mallards. They make excellent pets because of their large size and docile nature.